For Parents Been a while! Wanted to say hi and also thank you!

It's actually been quite a while my last post. But I've been hanging around and reading more the last couple of months and decided to jump back in!

With my last post, the 2013-14 season was coming to an end. DD had competed Xcel Bronze and really struggled all year, not on skills but mainly on form issues. We started to question if she was at the right place. After consulting with you guys, we made the decision to switch as soon as the comp season was over. I laid low and didn't post for a while after that and then never really got back into the swing of things. C switched over that summer and WOW what a difference. She repeated Xcel bronze to work on form and basics and had an amazing season! At her first meet she brought up her AA score by nearly THREE whole points!! At state she won the vault and floor and was 2nd AA. At regionals she won Vault, 2nd on beam, 4th floor and 2nd AA. She is gearing up to compete Xcel Silver this year and is just so much happier and looking forward to the season. I want to thank everyone who gave me advice.

And lately I've seen lots of posts of girls struggling their first season and I'm here to tell you that just b/c they struggle that first season or they have to repeat, it has NO bearing on their potential or how they could do in the future!

Here are my dd's videos from regionals wanted to share!


Looking forward to being around and being able to post more! Thanks again to everyone!
Reactions: gymmomtoo, JMACAZ, T-bean and 8 others

Uh-oh I've been known to be a thread killer haha, it seems I even killed my own thread! LOL. 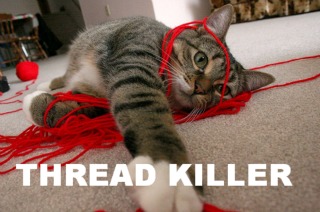 Well done to her. Sounds like the new gym really worked on the right things.
Hope she has a great year at silver.
Reactions: cadybearsmommy, auswi and Ausi_poppet

Thank you so much!
R

What a great update! Congrats to her for all that hard work.

Thank you! Yes I agree I enjoy seeing the happy updates too! Sometimes a switch can make all the difference in the world!

Good for her. Lots of luck for XS!!
Reactions: cadybearsmommy

For Parents  Bad Attitude (or is it me?)