Here are the deductions you are allowed to take according to the FIG COP :

- Insufficient artistry of performance throughout the exercise including :
− Rhythm & Tempo
- Insufficient use of entire apparatus:
─ Insufficient Complexity or creativity in the movements (A complex and creative movement is one that requires training time, coordination and previous preparation)

− One-sided use of elements: More than one ½ turn on 2 feet with straight legs throughout exercise

Carabistouille said:
Here are the deductions you are allowed to take according to the FIG COP :

- Insufficient artistry of performance throughout the exercise including :

And this is the part I think should be removed. Confidence and personal style are not objective criteria.
Reactions: PinPin, jamieintexas, txgymfan and 3 others
C

I actually disagree about confidence, especially on beam. We use FIG and modified FIG at lower levels and some kids really do look like they are about to fall at any moment of the routine, including in between skills, while others look, well, confident.

Personal style is just stupid though, I never take it.
Reactions: Jenny and PreciousJ
C

On floor, worth .1 unless otherwise noted :

– Insufficient Complexity or creativity of movements (A complex and creative movement is one that requires training time, coordination and previous preparation)

– Missing movement touching floor (including min. trunk, or thigh, or knee or head)

- Music and Musicality : Editing of music (e.g. no opening, ending, or accents) : No structure to the music

– Musicality
– Excessive preparation:
– Poor Body posture/ Amplitude (maximum elongation of the body movements) throughout
– Distribution of elements
Edit : I think floor is probably a little more subjective than beam and I could do without some criterias (the disconnected elements thing ? failure to engage the audience maybe ?).
Reactions: PinPin and Geoffrey Taucer

I really like the idea. Especially for adolescents when they are already so self conscious about their bodies. And there's the inconvenient thing called menstruation that they are still getting used to. Permission does not mean acceptance, however, so I still see repercussion at competitions.

Ballet dancers are all about artistry and they wear tights. I don't think bare legs would be as pretty.
Reactions: PinPin

I think coverage is a great option.
I didn't think the black legs on the suits worked well with the lighting. I think they should sort the lighting.
I was just as disappointed in the flesh panels down to the navel on a bodysuit as I am on a leotard, but if it is personal choice then gymnasts can have a different opinion to me.

Speaking to gymnasts we imagine it harder to get a good fit on a bodysuit so it would be interesting if there are more available to try on without having to spend a fortune to find it doesn't fit.
Reactions: PinPin and Jenny
A

They are generally much more expensive than leotards, obviously with so much more material in them.
Reactions: Learning Parent GB

Carabistouille said:
Here are the deductions you are allowed to take according to the FIG COP :

- Insufficient artistry of performance throughout the exercise including :
− Rhythm & Tempo
- Insufficient use of entire apparatus:
─ Insufficient Complexity or creativity in the movements (A complex and creative movement is one that requires training time, coordination and previous preparation)

− One-sided use of elements: More than one ½ turn on 2 feet with straight legs throughout exercise

Lord almighty. I wonder how much of a confidence my DD received on beam over the years!

Dahlia said:
I love this. 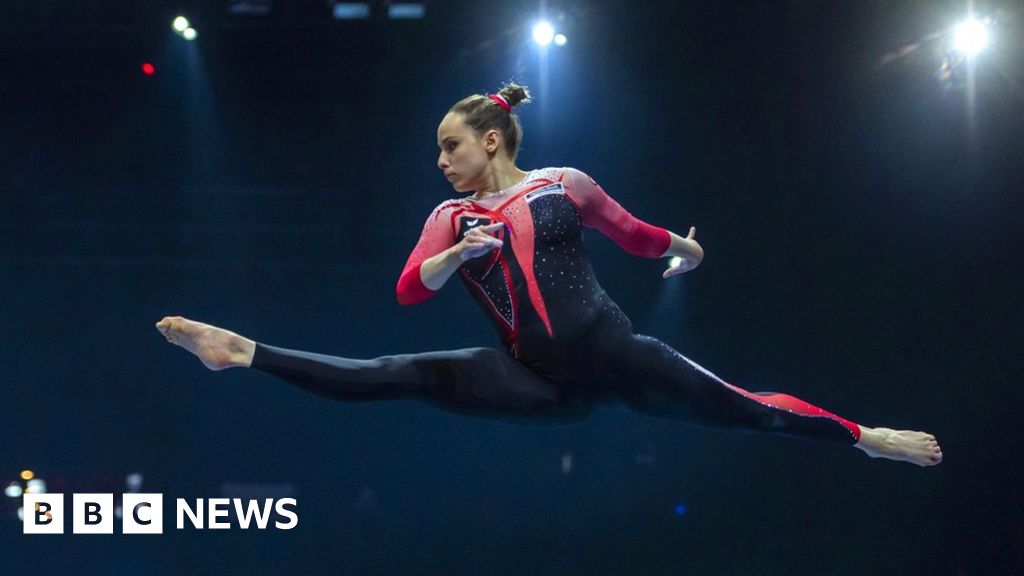 Women defy convention by ditching the leotard for a full-body suit at the European championship.
bbc.in
Click to expand...

Wow... I think this is cool! I think these outfits look great!
Reactions: PinPin
G

Omg......
So abuse comes from the clothes they wear/don't wear?? Sure, makes sense to me. At the next meeting I'll propose that all athletes be required to wear burkas. That should solve all problems as these problems don't happen in Islamic countries. Lets make sure they also wear them for diving, swimming, beach volleyball, etc. We can stop abuse in it's tracks! Great idea!
Reactions: Jenny
J

I don’t think anyone has said that clothes lead to sexual abuse. I think that being needlessly required to wear extremely revealing clothing is, of itself, a form of coercive control when people arent comfortable with it. Many people are just fine in leotards, but also lots of girls arent.

So if gymnasts come out and say ‘we feel safer, less sexualised and less vulnerable in these leotards and we want other girls to know they’re an option’ who are we to be sarcastic and disparaging about the comment? They know how they feel, why not........believe them?
Reactions: Soaring, Ginger, PinPin and 9 others
F

It's all about giving athletes greater autonomy and choice. The more the athletes are empowered to speak up and voice their opinions, whether it's about attire, training hours, skill choice, or coach preference, the greater the chances are that they'll speak up if they're being mistreated. The culture of "shut up and do as you're told" might create obedient gymnasts but it does not create human beings who are able to stick up for themselves. So no, no one's saying that clothing causes abuse. If my DD's gym turned around tomorrow and said they're requiring everyone to wear unitards in order to prevent abuse, I'd have a big issue with that because it would be an obvious case of blaming what the kids were wearing rather than the choices adults make. The point, as I read it, is that gymnastics doesn't have to be done in a skimpy leotard, so each athlete should be able to choose for herself what type of gymnastics attire makes her most comfortable and feel empowered to voice that opinion without fear of backlash.
Reactions: novagymmom, PinPin, Pirouette and 5 others

S
WAG Can you help me explain scoring on this XG UB routine?

WAG Fewer injuries in gymnasts who begin at a later age?

For Parents Check Out Region5GymInsider.com