When partaking in another thread, I did some googling and found this story:

So bascially, Steve Penny got approx. $1M in a severance package for doing his part in the huge train wreck that (in my opinion) is still happening at USAG.

Just when I think I cannot be any more unhappy with USAG, they find a way to make my blood boil once again. This sounds just like some unfortuate corporate America stories, EXCEPT that in this case, with Penny's "leadership", he and USAG failed to keep our kids safe.

From the Wall Street Journal story on this:

The U.S. gymnastics federation’s embattled chief executive received a severance package of around $1 million when he stepped down in March amid controversy about his handling of a sexual-assault scandal, according to people familiar with the situation.

Steve Penny had led USA Gymnastics since 2005, overseeing a period in which the team enjoyed Olympic glory, only to be engulfed last year by explosive sexual-abuse allegations against a team physician. Penny departed under pressure from the U.S. Olympic Committee, whose board voted to recommend to USA Gymnastics that Penny resign.

He was not fired for cause, however, according to USA Gymnastics board members and other people familiar with the situation. These people said several board members wanted Penny to remain despite lingering questions about whether the federation acted quickly enough to address allegations that its longtime team doctor, Larry Nassar, sexually abused female gymnasts for years.

A deal was reached based on approximately two years of Penny’s compensation. Terms were confidential.
Reactions: NY Dad 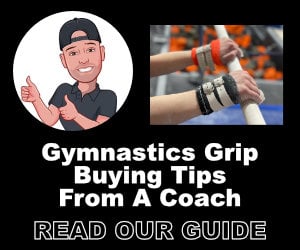 On my couch either reading or doing nothing...

I like how "confidential" it is! I'm sure the legalese in Penny's contract got him the $$$, especially if he wasn't fired for cause....
Reactions: LindyHopper and phenom_dad

That's his go quickly and most importantly to the USAG go quietly.

As in no talking. That is the confidential part, lips zipped.
G

Terms were confidential...aka "Terms" = he's not allowed to talk about all the dirt he knows re: the cover-ups done by other powerful individuals in USAG.
Reactions: GymFan96, flippingtogether, txgymfan and 1 other person
D

This also could have been to avoid him suing them for wrongful termination. In which case it would have cost USAG more than 1 million. Don't get my wrong, I don't like that this guy is getting paid, but it may also have been an effort to avoid a huge court case and PR nightmare.
Reactions: skschlag