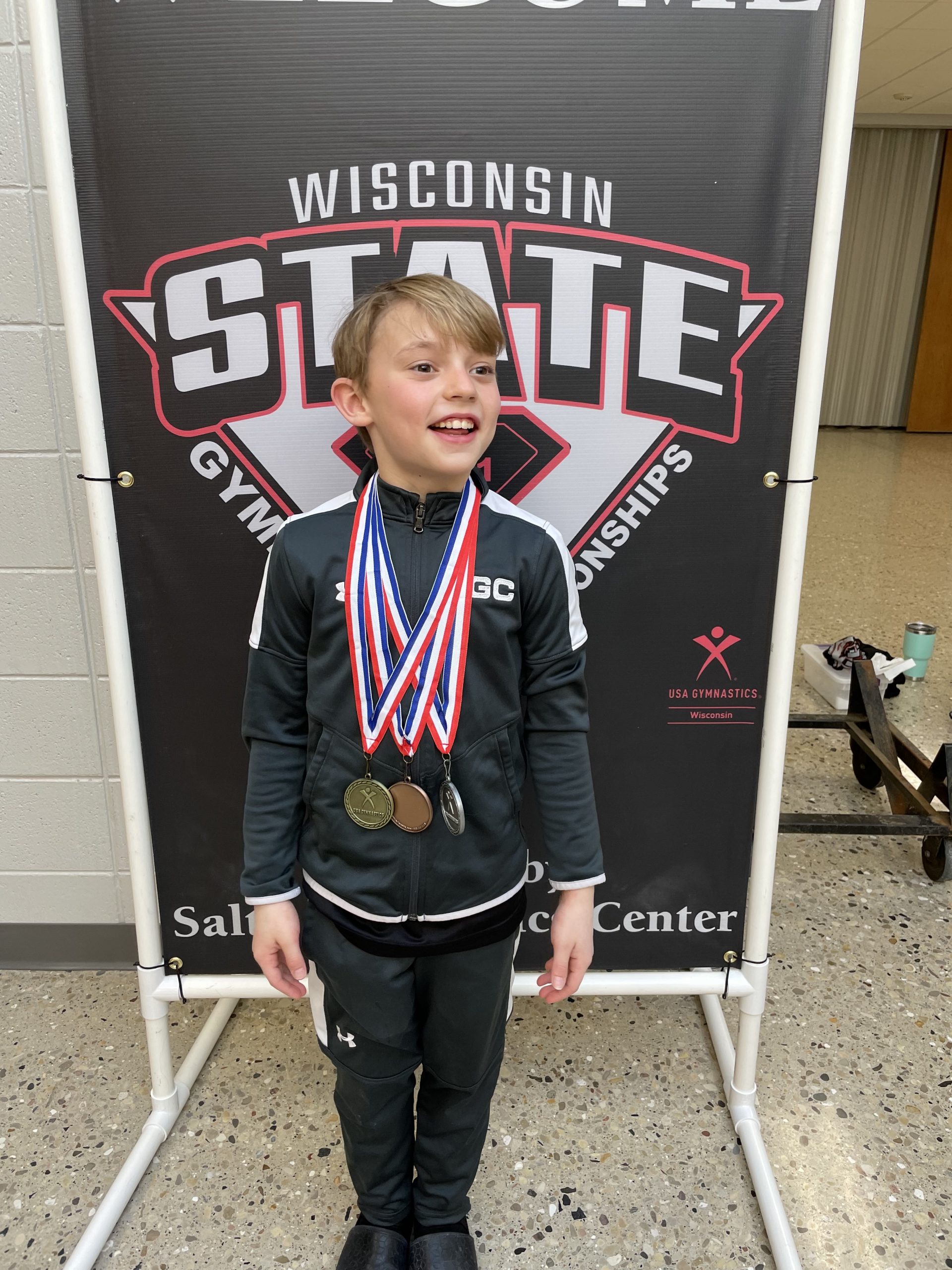 My son was born with a massive amount of physical energy. Always racing around, climbing onto furniture, swinging from countertops, or jumping off of something. My husband and I were eager to direct his energy into sports and off of the furniture, but for a long time nothing seemed to be the right fit. He did six seasons of soccer and what I mostly remember is the battle before each practice to get him to put on his shin guards and cleats. I think the only part he really liked was getting orange slices at half-time and a popsicle at the end. Lacrosse wasn’t for him. Neither was t-ball. He loves to swim but hated swimming lessons and wouldn’t even consider swim team. Then, when he was in second grade, we signed him up for a rec class at a nearby gym with a strong boy’s program. I half expected him to find something wrong with the class, but he came home thrilled.

“Mom,” he told me. “I had so much fun, and they really understand boys there!”

He loved learning new skills without having to follow the rigid rules of an organized game. Before long he was invited to join the team, and my son and gymnastics have been a happy combination ever since.

Any parent of a male gymnast knows how much confidence, strength, team comradery, and joy the sport brings, but sometimes people outside of the sport don’t quite get it. To them, gymnastics means Simone Biles, or Shannon Miller, or Mary Lou Retton. Everybody understands when your son plays baseball, or football, soccer, or lacrosse. When your son does gymnastics there can be questions, and sometimes even criticism.

The Benefits of Gymnastics for Boys

As a total body sport, gymnastics develops strength, flexibility, coordination, and body awareness—all great skills to carry through life and to any other sport in the future. Region 6 Men’s Gymnastics Regional Chairman and coach, Dan Young explains, “Gymnastics was invented for physical fitness and wellness. It’s a cornerstone for other sports. It also uses both the left and right sides of the brain, so it’s a full brain encompassing activity.”

“The team aspect is amazing for boys,” says Young. “It also helps them develop independence. A lot of parents don’t know much about gymnastics, so boys learn to turn to others for information.”

Often times boys who gravitate toward competitive gymnastics have tried a number of different team sports and not found the right fit, which can be frustrating.

“Gymnastics allows kids to belong,” says Young. “Whether it’s to a region or to a team, it creates a community and gives kids different people to be connected to outside of school or their community.”

“But Gymnastics Is for Girls!”

Some families are lucky enough to never face questions or criticism about their son’s sport, but other times parents find that their son is being teased at school—or is even feeling the need to hide his sport from his friends.

Daysha Crain’s son, Phoenix, is a 10-year-old training level six, and when he was younger dealt with having friends and classmates not understand his participation in gymnastics.

“He’s been in gymnastics since he was four, and when he was younger some of the kids at school didn’t get it. They thought gymnastics was a girl’s sport. So, he wasn’t proud of his meets, and he wouldn’t talk about it at all, and didn’t want me to tell his friend’s moms anything about gymnastics because he didn’t want his friends to know.”

Crain says time and maturity have helped Phoenix become much more comfortable sharing his sport with his friends.

“There are no boys’ sports or girls’ sports,” says Crain, “There are just sports. I told him, ‘This is your sport, you should be proud of yourself and your accomplishments. You train more hours than a lot of other kids do in their sports’”, says Crain, who has watched Phoenix open up with friends and share his gymnastics experiences over the last year.

“It really took a lot of encouragement from his coaches, and also other parents in the gym, but now he’s matured and is sharing his accomplishments. This year for the first time he announced to his class that he was going to States and Regionals.”

Crain says the response from friends has been great and now they are very supportive.

“He’s gotten no negativity at all at this point, even from the kids who didn’t get it when they were younger,” she says.

Some family members were initially surprised by his sport of choice.

“We live in a rural area and some of our family has traditional ideas of what sports boys do, but they’ve come to appreciate his skills, especially when they see the videos.”

Crain loves the benefits Phoenix has gained through doing gymnastics.

“He’s learned confidence, being part of a team, and I love the comradery with teammates. They are so supportive of each other’s skills and talents.”

How Can Parents and Coaches Help?

If your son is being bullied about his sport at school, you should talk to his teacher to ensure he or she is aware of the behavior and help put a stop to it. In speaking to other parents at my son’s gym several mentioned that any comments or criticism stopped once the other kids recognized just how athletic their son was.

Carrie*, mom to a 12-year-old level nine, says, “There was one boy in his sixth grade class who really used to laugh at him for doing gymnastics, until my son crushed him in a pull up contest at recess. The kid never said anything again.”

Young experienced bullying himself as a gymnast, and while he believes things are getting better, he also suggests that the gymnastics community needs to do more to be proactive.

“I think the gymnastics community should address the issue more with the kids,” he says. “Coaches should be actively talking about to handle this with the boys at practice.”

“They should compete with leggings, shorts on top, and a compression top,” he says. “Change the uniform so that it’s more like what Tom Brady wears when he trains, and you can eliminate boys feeling self-conscious about the uniform.”

If your gymnast son is facing any questions or criticism from peers, it may take a little bit of extra education on your part, but ultimately that curiosity usually turns to awe once others understand the kind of skills he is capable of doing.

Technique with Taucer: The Physics of Gymnastics, pt 2

The future of elite gymnastics

Thanks so much. Spot on. My son started gymnastics at 8 because he was jumping off couches, doing headstands and splits and way flexible, so I signed him up for lessons. He loved it, and after a year joined pre team, and then at 10 did Level 4, so a late starter. I am always surprised at the physicality of gymnastics. He did soccer for a while, and some track, and the wrestling coach was his gym teacher and tried to recruit him for wrestling.

We’ve also had the issue of gym being perceived as a girls sport, and some of the boys have had some homophobic slurs. When the boys were younger every year the coaches gave a pep talk about how much mental and physical effort it demanded. But my son was still very hesitant to share he was a gymnast in the early grades because of the girly image the sport has. Now he’s 16, and his friends know, and since half his wardrobe is meet shirts, it is out.

One of the issues I’ve had with the sport is that for boys, the USAG rules change pretty drastically every 4 years, and those rules, especially the upper age level limits, don’t often encourage boys to stick with it and make it especially difficult for boys to do it as a second sport. The previous parameters limited Level 8 to 12 year olds, Level 9 to 14, which ended up washing lots of boys out of the system, if their gym didn’t have JD… and even JD was a mess. There also isn’t much to do in gymnastics post HS, very few college teams, I don’t know about club.

Also because gymnastics isn’t a popular sport for boys, it’s really hard to sustain it for gyms. Most boys the entire team is maybe 30 boys. My son is having a really hard time this year because out of his practice group of 7, 4 boys quit, and since they were good friends, he is missing the social aspect. Out of the 12 boys he started with in Level 4, he’s the only one left, and our current Level 4 squad is only 5 boys, so not only is retention hard, but so is building a program.

Tearing up during practice and favoritism