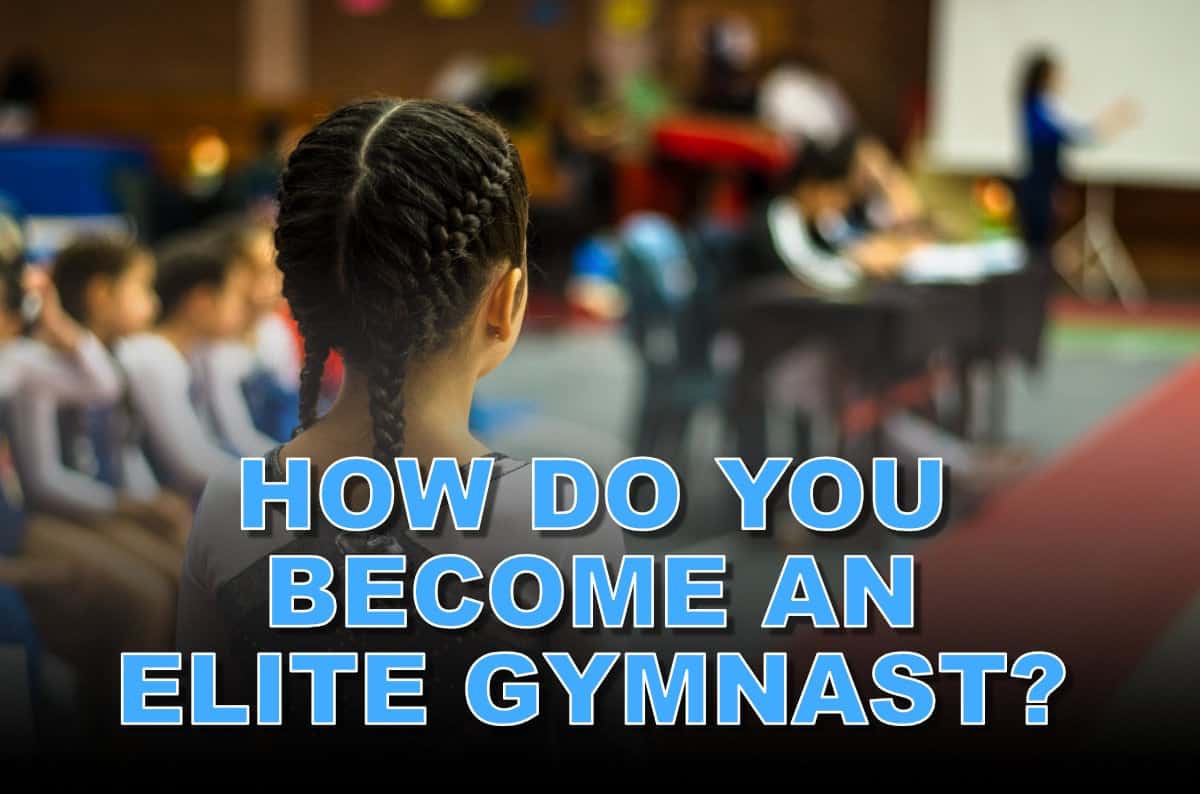 Do you have a young gymnast with big dreams of competing at the National or International level? Read on to learn about the opportunities available for gymnasts who want to travel to path to elite level gymnastics.

The Talent Opportunity Program (TOPS) is designed to screen and identify talented female gymnasts and provide educational programming for their coaches. While TOPS has been around for nearly 30 years, the program was significantly updated beginning in the fall of 2022.

According to USA Gymnastics, the purpose of TOPS is to, “build physical abilities and technically sound fundamentals for 8 to 10 year old female athletes. While strength and flexibility continue to develop, the athletes will learn compulsory routines which include the root skills required for elite level development. Form, execution, and shapes are the primary focus of this program.”

Who can participate in the TOPS program?

December 31st is the age determination date for the skills testing year for girls ages 8-10, and gymnasts must have achieved a minimum of a 36.00 all-around at level 3 prior to being considered for physical abilities testing.

What happens during a TOPS season?

A TOPS season runs for one year, with the physical abilities testing taking place virtually through Zoom between the months of September through November. Athletes who achieve the minimum physical abilities score are invited to participate in TOPS skills and routine testing, which take place between January and April.

At the end of the TOPS season scores are evaluated and athletes with a high enough score are invited to TOPS National testing, which takes place in June or July. Finally, the physical abilities, skills, and routines from that group are evaluated by the Women’s Program National Staff and TOPS rated judges, and a select group will be named to the TOPS National Training Team, and invited to the TOPS Training Camp, which provides hands-on coaching for gymnasts and their coaches.

While the goal of the program is to be the beginning path in training toward Elite, plenty of the girls who participate in TOPS never move on to the elite level, while other girls make it to Elite without ever having participated in the program. Time will tell if the recent changes to the TOPS program will make it a more or less important step in the road to the elite level.

First introduced in 2006, HOPES is considered a pre-Elite training program for girls in the Development Program. According to USA Gymnastics, “HOPES provides athletes with an opportunity to compete the traditional Elite compulsory and a modified FIG Optional routine and includes an opportunity to qualify to the Hopes Championship. Athletes compete in the same qualifiers as their Elite teammates and earn their way up the ranks.”

Who can participate in Hopes?

Hopes is available to girls ages 10-13, with age determination based on the athlete’s age as of December 31st. Gymnasts showing a high level of potential can be selected by their coaches to train for Hopes competitions and have typically already competed at Development Program level 8 or above.

What happens during a Hopes season?

Training for the Hopes program is often done in addition to training for the Development Program, meaning it usually requires more hours. Athletes train to compete both the Elite compulsory routines and modified Optional routines at National Qualifier events. If gymnasts achieve the minimum score in both routines they qualify as a Hopes athlete and are eligible to compete at the Hopes Championship, and based on the results of the Championship, some gymnasts will be selected to a Developmental Training camp.

Hopes athletes are not classified as Elite level athletes and may continue to compete in the Development Program during the Hopes competitive season.

What is the WAG Elite program?

According to USA Gymnastics, the women’s Elite program is, “designed to provide competitive experiences for athletes aspiring to be on the National Team. The National Teams (Senior and Junior) are selected from the U.S. Championships each year. These athletes represent the United States in international competitions.”

Who can participate in the WAG Elite training program?

Athletes with Elite level potential can be selected by their gyms to train for Elite level competition, but many gyms do not offer that level of training. Gymnasts with Elite aspirations need to be in a gym with an established Elite training program or be in a gym committed to developing an athlete on that path.

The Elite program is broken up by age with Junior Elites falling between ages 11 to 15, while Senior Elite are ages 16 and older. Athletes are only considered Elite level if they have obtained the requisite scores in both Compulsory and Optional qualifying competitions. Once a gymnast has qualified as an Elite, they may no longer participate in Development Program competitions during that competitive year.

What happens during a WAG Elite training season?

While USA Gymnastics does not set a certain number of training hours per week for athletes training for the Elite level, the hours are typically higher than those in the Development Program. Gymnasts must achieve qualifying scores at both an Elite Compulsory competition and an Elite Optional competition.

Once the compulsory score is achieved the score stays with the athlete throughout their gymnastics career if they qualify for the Elite level and does not need to be repeated. After achieving the compulsory score, gymnasts must obtain a qualifying optional score at an Elite qualifying competition or at a National Team camp, and the optional score must be achieved each year for the athlete to remain at the Elite level.

Junior and Senior Elite level gymnasts compete in the U.S. Gymnastics Championships, held in August, and performance at the championships determines which athletes are selected for the National Team.

Yes. Achieving both the Elite Compulsory and Elite Optional scores are the only way to become an Elite level gymnast in the United States.

What is Future Stars?

According to USA Gymnastics, the Future Stars program, “exists for the specific purpose of identifying talent for development of the Elite level athlete and further helping to guide the development of coaches and athletes through education.” The program is open to boys in the Development Program who are evaluated on trampoline, strength and flexibility, along with selected skills and compulsory routines each of the men’s six events.

Who can participate in Future Stars?

The Future Stars program is available to boys ages 8 to 13 and is based on selection by the coaches. According to Dan Young, Region 6 Men’s Director, “As long as the athlete is reasonably able to perform the routines, they can participate.”

What happens during a Future Stars season?

Gymnasts are evaluated by a Junior National Coaching Staff member and a National Gymnastics Judges Association judge on each of the six events using a skills compulsory routine composed of ten basic skill elements placed together in routine form. After the compulsory routines have been judged athletes are evaluated on trampoline, flexibility, strength and body positions. The athlete’s total score determines who will be invited to the National Development Team and invited to a special Development Team camp.

What is the MAG Elite program?

Who can participate in the MAG Elite training program?

What happens during a MAG Elite training season?

Yes. The only way to compete at the National or International level in MAG is through qualifying as an Elite level gymnast.

Red Flags: 5 signs you may be in the wrong gym

ELITE GYMNASTICS (ALL ABOUT IT)​

Have experience in Men's or Women's Elite (Hopes / Tops / Future Stars / Technical Sequences) gymnastics or have questions... this discussion is for you!​

Share your experiences and questions... feel free to link any information into this thread that you would like as well!

What do competitive gymnasts eat in a day?