In a perfect world, every gymnast would start and finish in one gym where excellent coaching, supportive teammates, and a plenty of opportunity for athlete growth combine to create an ideal atmosphere. In reality, somewhere along the line many parents find themselves wondering if it’s time to make a gym switch. But, uprooting a gymnast from their teammates, possibly driving greater distances, and developing a rapport with new coaches, can be difficult. How do you know if it really is time to make a change, or if you’ll discover the grass isn’t greener elsewhere?

This seems like an obvious one, but sometimes mental or emotional abuse can fly under a parent’s radar. USA Gymnastics includes all of the following as examples of misconduct; sexual, emotional, physical, stalking, bullying, hazing or harassment, and should be reported to USAG Safe Sport (USA Gymnastics | Safe Sport).

Unfortunately, some coaches still use emotionally abusive practices, out of the belief that these methods are the only way to get gymnasts to succeed. Gymnasts in these environments have endured name calling, belittling, shaming, punishment workouts, and the expectation that they keep training through injuries, all of which can do long-term damage to a child’s well-being.

Julie*, an Oregon based mom, experienced an abusive gym environment first-hand with her daughter, Kaitlyn* when she reached Optionals. Kaitlyn began rec classes when she was three at a large, highly regarded program and moved to pre-team by the time she was five.

“Everything was great when she was little,” Julie says. “We had no problems through rec and compulsories, but everything changed when she hit level 6. Kaitlyn was the youngest and smallest in her group and if she was the slowest or finished her assignment after the older girls, they would punish the entire group. She was focused and trying her best, but they still punished her anytime she didn’t perform the way they wanted.”

During States, Kaitlyn began on vault and didn’t have her best performance.

“It wasn’t a terrible vault,” Julie says, “It just wasn’t her best and the coach yelled at her immediately afterwards, saying they count on her vault score and she’d let the whole team down. I could see her trying not to cry, and that was just the first event of States.”

Julie and her husband began meeting with the coaches.

“We actually met with them five times, and each time they would promise things would change, but nothing ever did. The gymnastics community here is so small, and we were afraid to leave, especially since this gym had a long history of producing top gymnasts in the past. Kaitlyn was in their TOPS program, and when she was little they would talk about getting her to the National Team one day.”

One of the most surprising aspects for Julie was the response of other parents in the program.

“The coaches were very hard on the young Optionals. Many of the girls cried every day, but when I talked to other parents most would say, ‘This is just how it’s done in gymnastics.’ They felt like that kind of coaching was necessary,” Julie says.

Some parents do buy into the idea that coaching has to be “tough” to produce high level athletes and even suggest that those gymnasts who don’t like it simply aren’t cut out to handle the demands of the sport. However, the scars from this style of coaching can linger long after a gymnast has hung up his or her grips.

No matter what the coaches promised, Julie and her husband decided Kaitlyn’s mental health was more important, and they left for a healthier environment.

“The gym she goes to now is much smaller, but the coaches are great and very supportive. Kaitlyn is so much happier there. Six of her teammates from the old gym quit the sport altogether, and it took Kaitlyn about a year to really heal and build herself back up emotionally after her experience at the first gym. Now she loves gymnastics again and can’t wait to go to practice every day. The way it should be,” Julie says.

If your child is in a gym environment that is breaking them down, rather than building them up, it is definitely time to find a new gym.

Sometimes the decision to move is less clear cut. In some cases, a gymnast is ready to move beyond the levels that his or her gym has a history of coaching up to. If your gymnast hits level 7 and has goals of continuing on, but the gym has never coached Optionals beyond that level, it’s a good idea to sit down with the coaches and see if there is a plan (hiring new coaches, or having coaches trained to coach to the higher levels). If the gym can’t provide safe, solid technical coaching at the higher levels, then it’s time to find a gym that can.

On the other hand, parents occasionally get caught up in the idea that a big name, powerhouse gym in their area must be better.

New York based mom, Cheryl’s* 15-year-old daughter, Anna*, is training level 9 in the same small gym she has been since was a seven-year-old level 2. It’s a low hours gym that allows the gymnasts some flexibility in choosing their hours, and even in choosing which meets they will compete in. Over the years other gym parents have repeatedly suggested she move Anna to a more intense program.

“I was told my daughter couldn’t make Optionals due to the low hours at our gym (12 hours during the school year),” Cheryl says. “Parents at our gym that have moved onto another gym that has many level 10s have said our gym can’t get kids to level 10. So far none of those kids that left our gym have progressed further then where they left our gym even though their training hours doubled.”

Most importantly, Anna has been happy in her gym and Cheryl believes her daughter may not have continued in the sport if she’d moved to a different gym.

“When a couple of my daughter’s tribe left, I asked her if she wanted to move too. She was a crystal clear, ‘No. I don’t want to do that many hours’,” says Cheryl. She expects her daughter will remain in the sport and in the same gym through the end of high school—an impressive feat for any gymnast.

A healthy gym environment where your child is thriving is worth its weight in gold. Even if the powerhouse gym up the street produces a crop of Division 1 gymnasts each year, it doesn’t mean that gym is the right fit for your child.

Every year training groups shift, some kids move up, some kids move on to other sports, and team dynamics change. It can be hard for a kid to see their best friend move up a level when they end up repeating, and it can take time to settle into new training groups. Generally, over time kids click and learn to work together as teammates. But, what if your kid is left out socially, or, worse, bullied? Neither should be an automatic reason to leave. First, reach out to the coaches to make sure they know what is going on. A well-run gym will work to immediately nip bullying as soon as possible.

“I want to deal with any team issues, any bullying, right away,” says Zsolt Medveczky, owner of Elite Gymnastics Academy in Ashland, Massachusetts. “We talk to the individuals involved and we talk to them as a group. They don’t all have to be best friends, but they have to be good teammates and treat each other with respect.”

Good communication with the gym owner and coaches is key. In a healthy gym environment coaches work to foster a strong sense of team. However, if your gym ignores bullying, or creates an environment where athletes feel pitted against each other, then it is time to look for greener pastures.

If message boards are to be trusted, parents looking for a new gym need to set up a double life with a new cell phone number, new email account, and fake names before they reach out to a gym before setting up a trial. Is the cloak and dagger routine really necessary? It depends on the gym. Some coaches and owners will react badly if they find out your child has tried out elsewhere, but many won’t as long as parents are honest about their reasons for looking elsewhere.

Gym owner, Medveczky, typically has fifteen to twenty gymnasts come to try out at Elite throughout the course of a year and says they do not contact other gyms and feels there should be no need for secrecy.

“The best way for a parent to reach out is to send an email or call. I prefer talking to parents over the phone so that I can give them an overview of the program, describe our philosophy, and the coaching style. We have a trail period for the kids and the parents to make sure it’s a good fit,” says Medveczky.

He suggests that if a parent is interested in a gym, stopping by to watch a practice or two is a great way to get a feel for the gym—not as easy at the moment with Covid restrictions that vary from state to state, but hopefully will be possible again in the near future.

If you do make the choice to switch gyms, Medveczky suggests that the best way to leave on good terms is to have an honest conversation with the coaches and/or the owner about why you are leaving.

“Every year kids quit the sport or decide another program is a better fit. We just like to have a discussion with them to see if we can solve the problem. If not, and they are honest and upfront then we end things on good terms. We’ve had athletes leave and come back as long as they’ve left respectfully.”

Obviously, leaving without paying bills or publicly bad-mouthing the gym is going to burn a bridge, but Medveczky also says a mid-season gym change is another deal breaker.

“It shows a lack of respect for the coaches and the teammates and those families aren’t welcome back.”

Whether you’ve decided to stay put, or seek out a new gym, the key to finding a good fit involves asking questions, understanding the training environment, and a mutually respectful relationship between the gym, the gymnast, and the parents.

*names have been changed

Thanks for the great article. I would love to hear what everyone thinks about it. Post away right here in this thread as the article comments are linked here.

Here are some threads over the years on ChalkBucket about switching gyms (I'll add more as I find them)...

The bottom link won‘t open for me.

The bottom link won‘t open for me. I have a question.. (Team Selection Criteria) 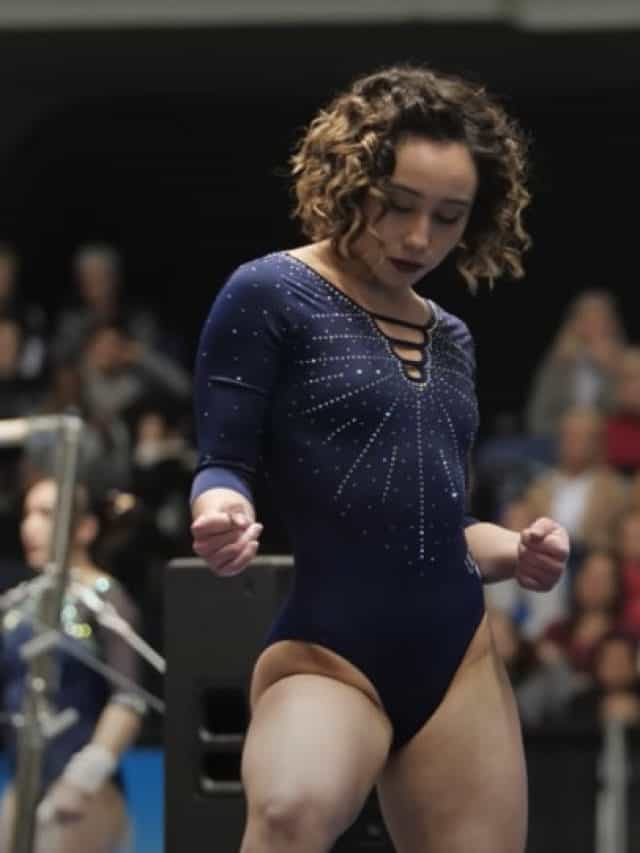 Perfect 10: College Gymnastics
The perfect 10: Is college gymnastics scoring out of control?
By ChalkBucket.com
On Jan 31, 2022
View all stories